TheWill › The Will (Part1) Comic Book

“The WILL” comic: a steam punk blockbuster

“The WILL” is a series of Ukrainian fantasy graphic novels in the genre of alternative history, in which the events develop against the background of the Ukrainian State heyday in 1918 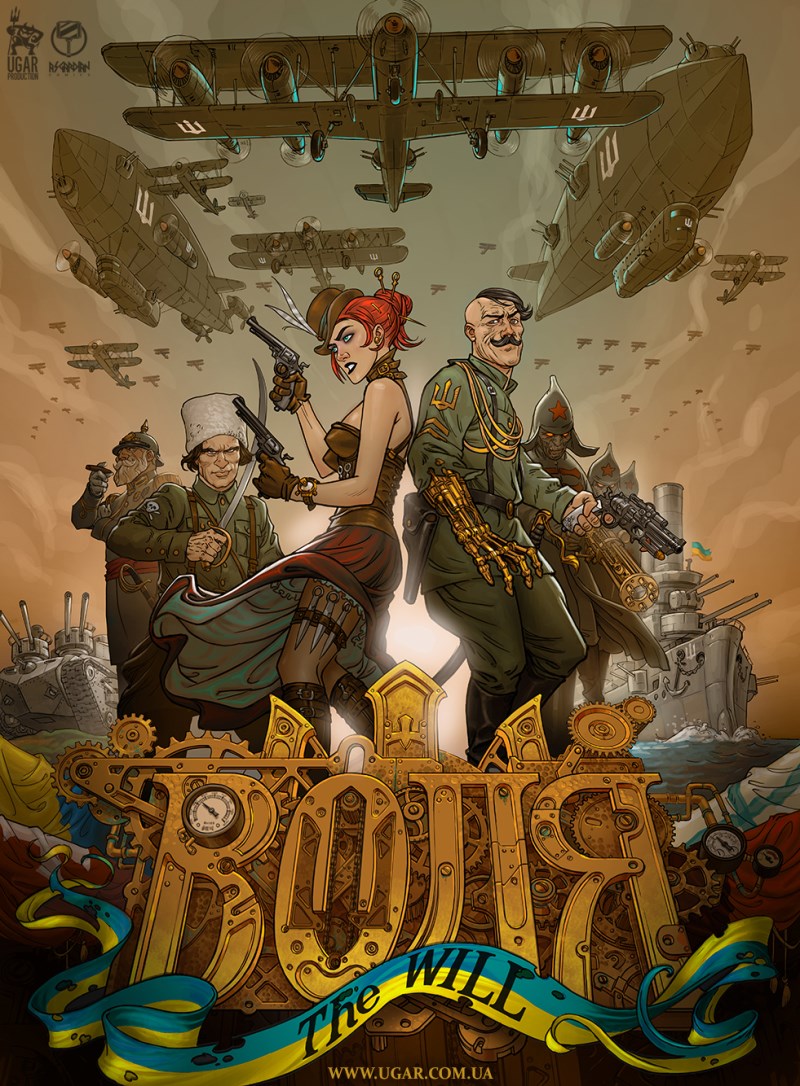 Now our country is at war with the Russian occupiers, so the publishing of our comics in Ukraine in the country is suspended. But we continue to work on artist donation platforms . And we will be grateful for your support - every dollar will go to patriotic Ukrainian comics : 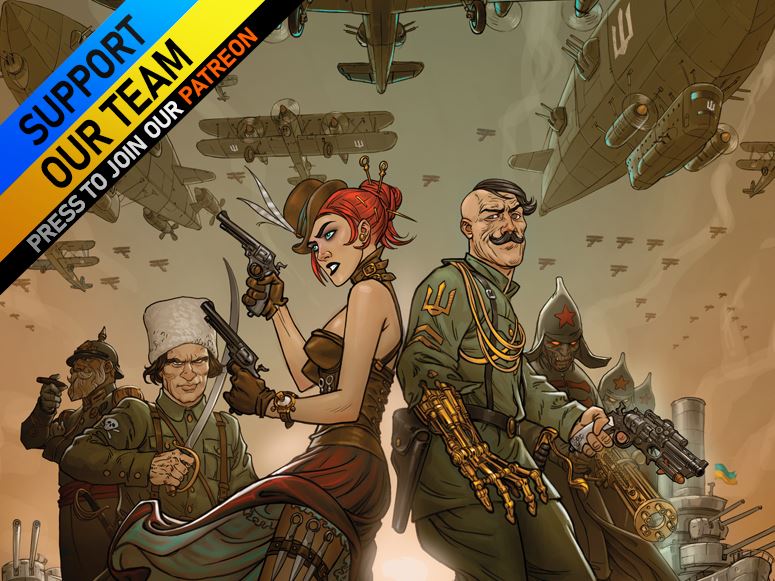 The concept of such an entertaining approach is to involve the mass reader in the study of this historical period and to create a modern media view of the events of the Ukrainian Revolution of 1917-1921.

"The WILL" is the first Ukrainian comic book that became a bestseller in its category, earned a cult following and got into the libraries of the first persons of the country.

"The Will" is a unique project! Saturated, bright Ukrainian fantasy comics, created in the genre of alternative history. The events take us back to 1917-1920, in the midst of the struggle for truth and freedom, with shots fired and enemies are taking aim. It is here that we meet Hetman Pavlo Skoropadskyi, the "father" of the Anarchist Republic Nestor Makhno, the first president Mykhailo Hrushevskyi, but can you recognize them now?Under the robust binding, there are three different special stories carefully depicted in three author's artistic styles, so let's dive into the Otherworld together. 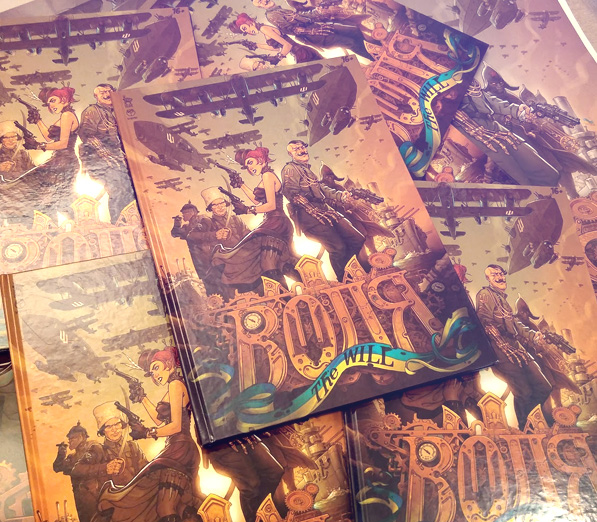 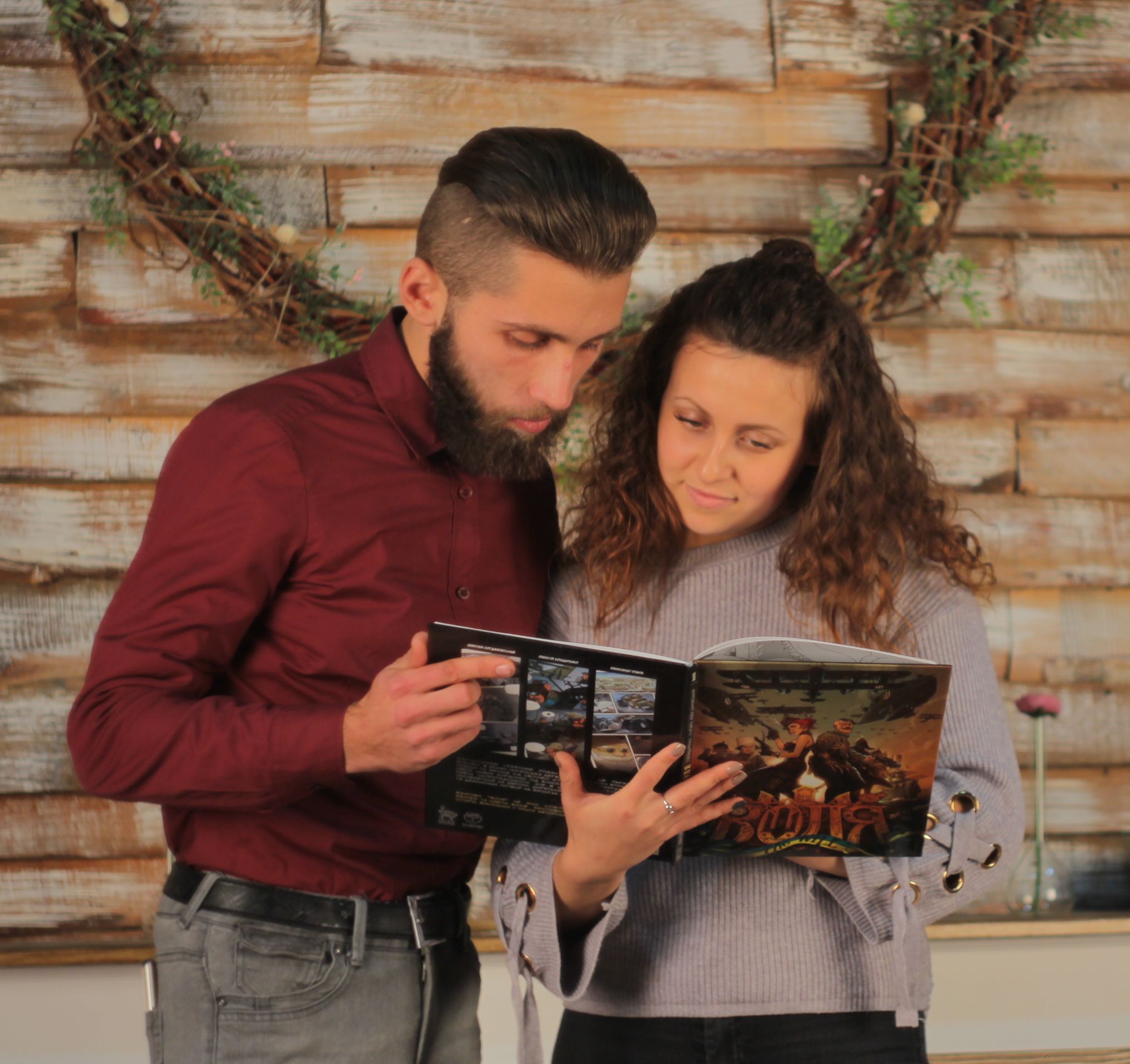 The concept of such an entertaining approach is to involve the mass reader in the study of this historical period. Besides, for educational purposes, we integrate the pages of purely historical descriptions of interesting figures, events and techniques of the time. 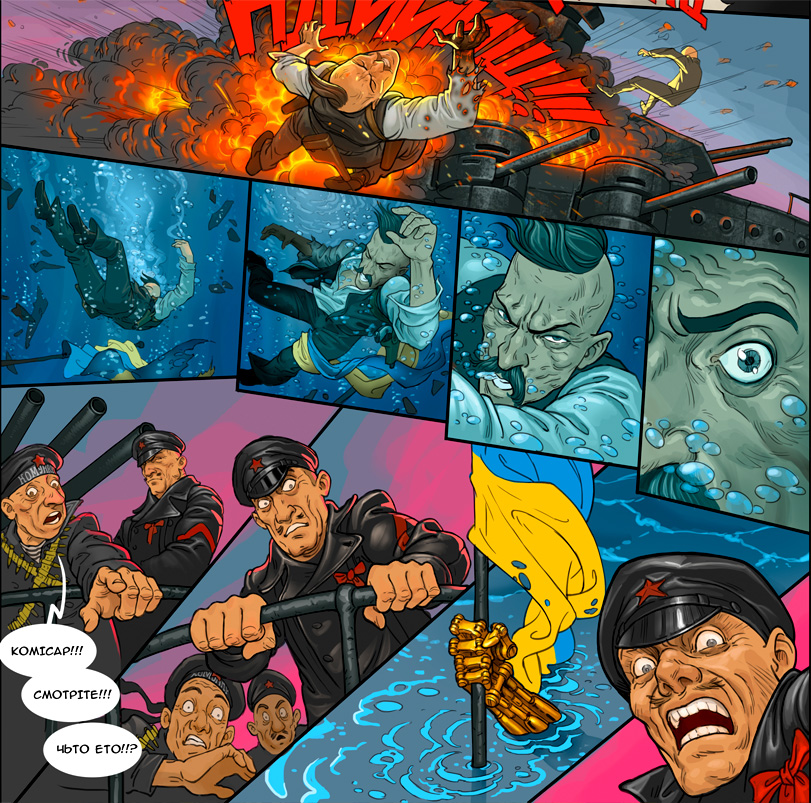 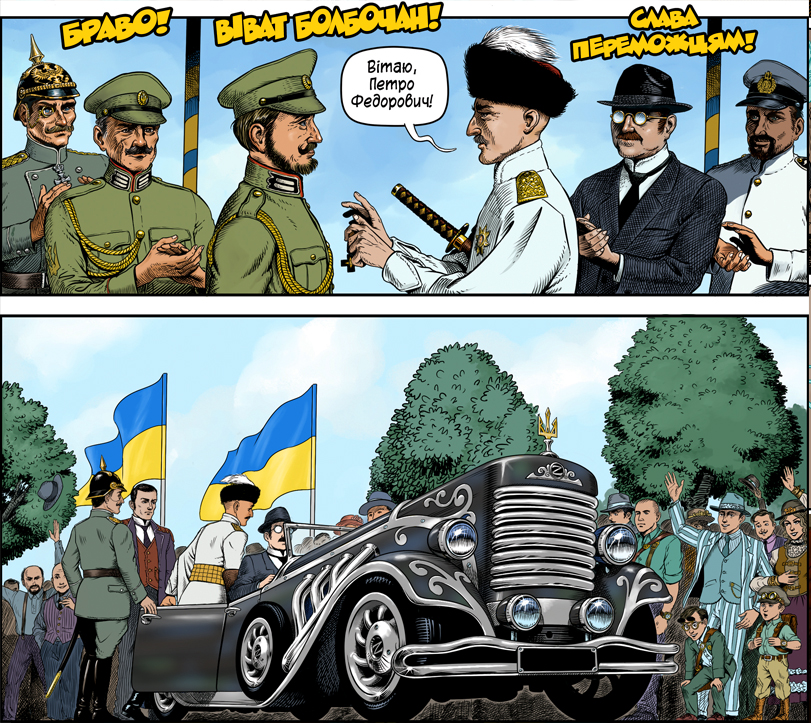 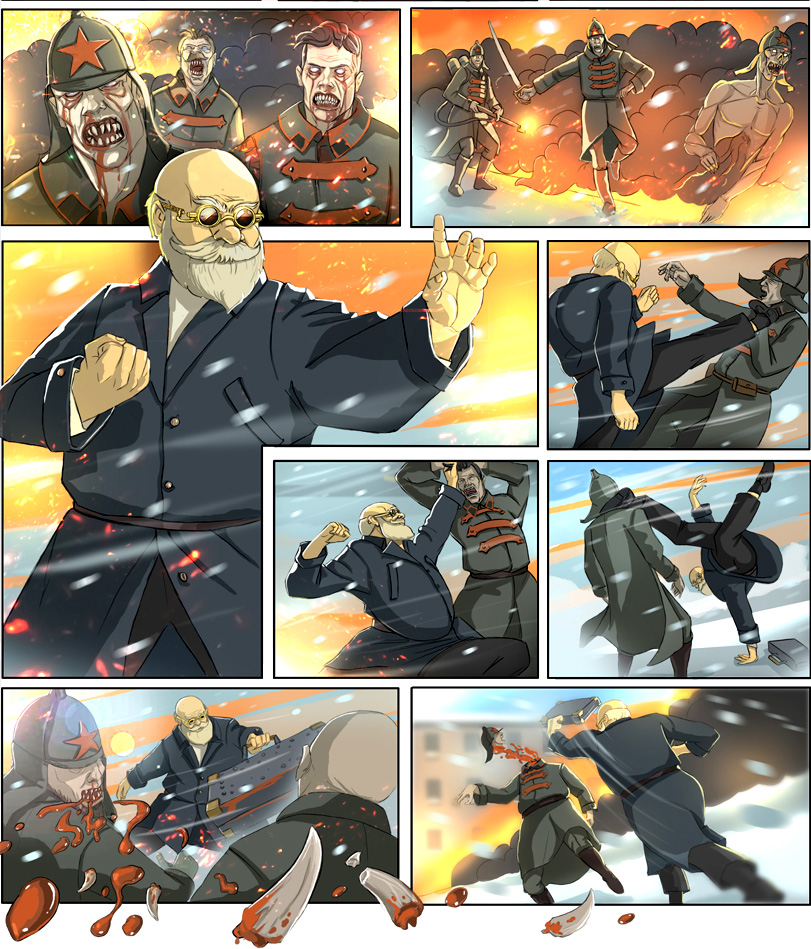 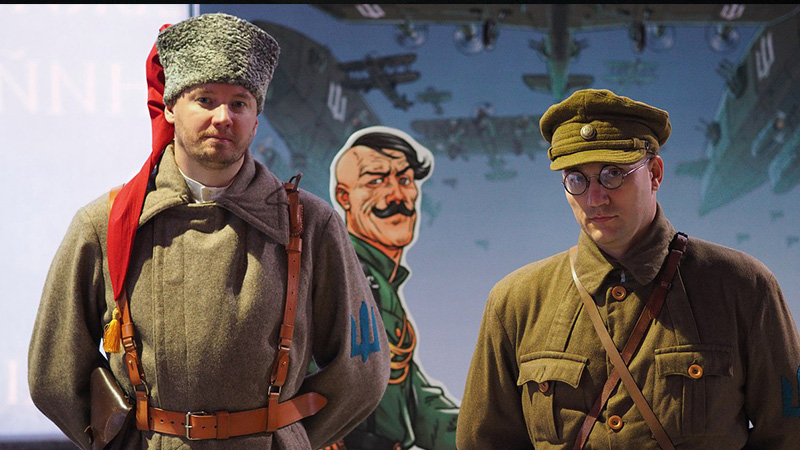 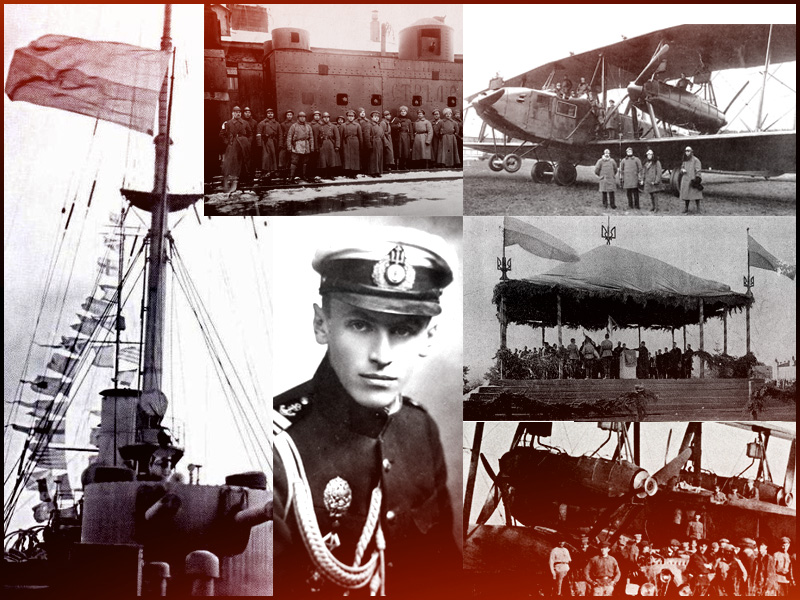 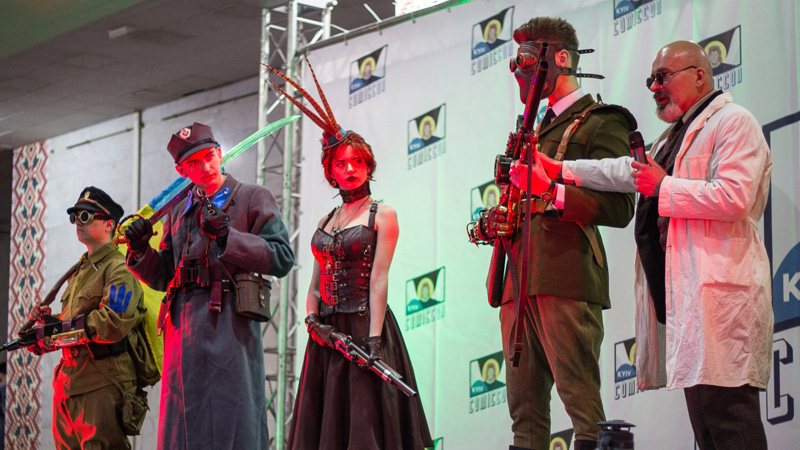 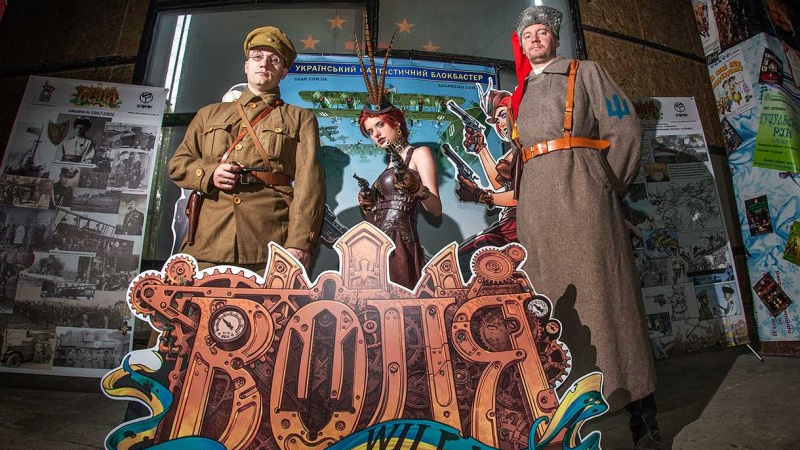 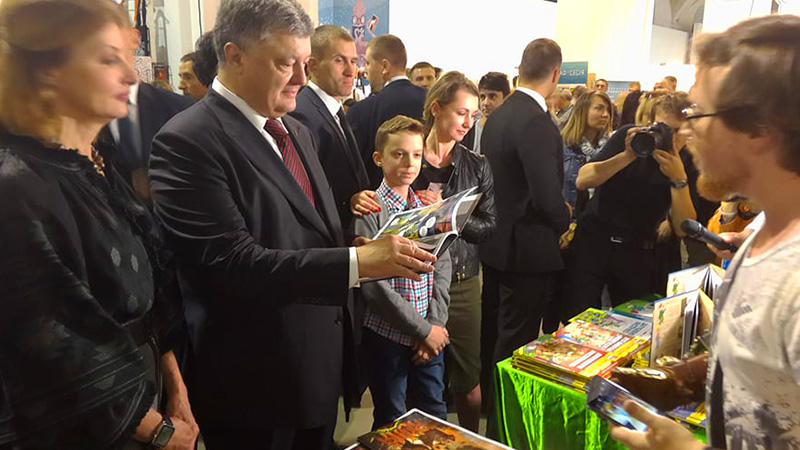